WE recently hired a 30 year old, single, male software developer and an 18 year old, single, female admin assistant. Both of them are active users of Snapchat and were eager to show me how it works. I downloaded the app, added them as friends…and never used it after the first week.

It’s not that I don’t like its functionality. It just bores me. And it has no place in my life. I tried to think about why it’s a useless app to me and I realized: it’s because I’m old, married and “uninteresting”. Normally I’d find that depressing but in this case, it was a positive realization.

I hate Snapchat because it’s exactly counter to the life I have built. It’s transitory, unsubstantial. You capture a memory and, moments later, it’s gone. I remember when life was like that. Relationships were short term. Time was not super important. And I was eager to leave bad decisions in the past without a lot of evidence they happened. Snapchat fits that lifestyle. Snapchat makes it difficult or impossible to post photos from your gallery. It forces you to take extra action to save a photo, otherwise it’s gone forever.

I don’t have that life. The significant and interesting memories I make are perhaps fewer in quantity, but greater in quality. The relationships I have are long term and the passage of time is a burden I feel more keenly. The memories I capture, I want to keep.

I want to back my photos and videos up to Google’s cloud. Forever. I like how Google creates “remember this day” galleries. I want to remember those days. I want to pause more and enjoy the good times I’ve had with friends and family. I want to keep those memories fresh, not discard them seconds after they’ve happened as if I have an endless amount of time for disposable memories. 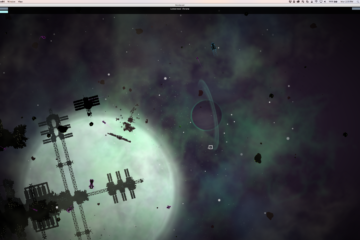 I started working on Masteroid on April 24th, 2017 while at a small conference hosted by the creator of the FlatRedBall game engine. I got sick on the way to the conference and was miserable Read more…